Ojai #20 is part of another element of my current Tree Portraits series which were created for a USA Commission [11 of which were purchased by the Client], where I documented the arid region of Ojai in California. While many native species are hardy & naturally resilient, the current extremes of Climate experienced in the region are enabling a number of accidentally introduced diseases to take advantage of them, including Sudden Oak Death.
The majority of Prints in this series depict Live Canyon Oaks, some of which have been affected by the water mould pathogen (Phytophthora Ramorum) which leads to dieback. 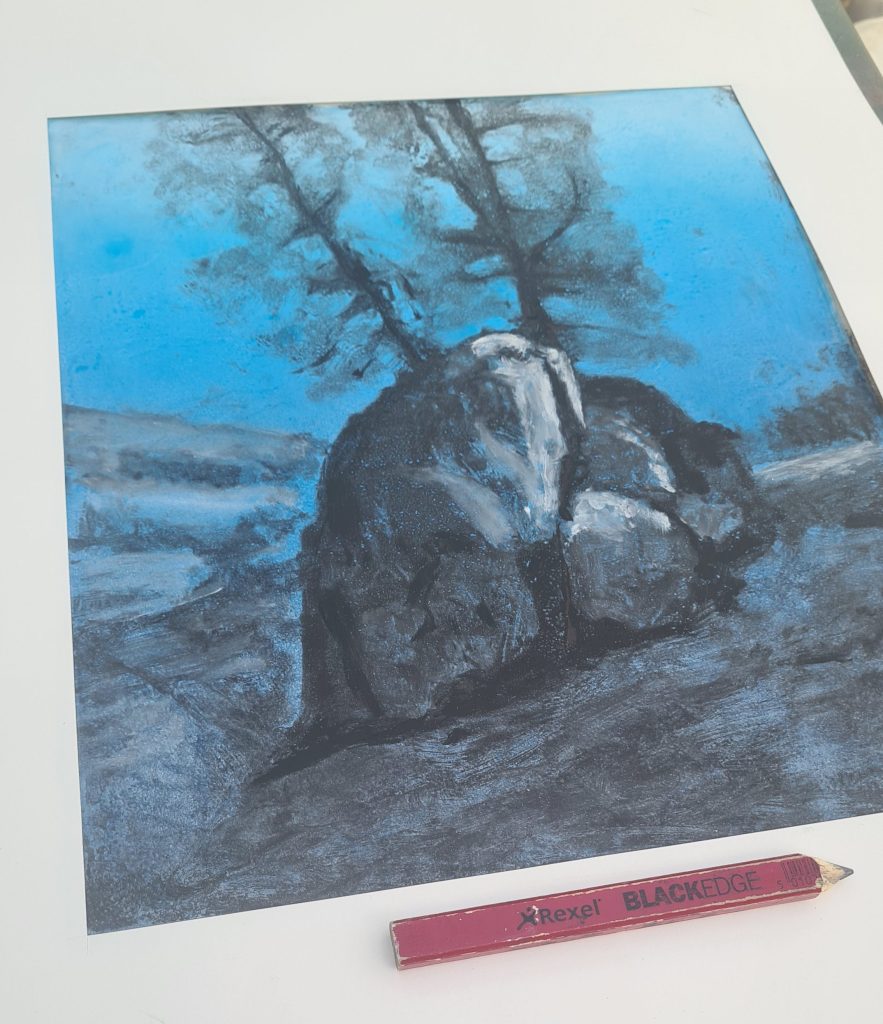 Ojai #20, Monoprint, with pencil for scale